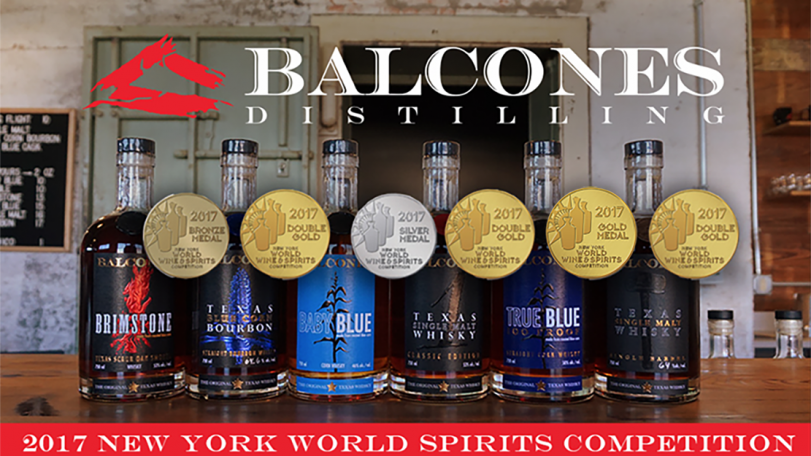 Jared Himstedt, Balcones’ Head Distiller and Lead Blender, said about the wins, “The New York World Spirits Competition holds its judging to a very high standard, which makes us incredibly proud to have received the many honors that we did. It’s a testament to the devotion our team displays daily, putting their all into crafting something truly special and remarkable.”

“Balcones Distilling has been producing top award winners for years, but for 2017, they really cleaned up with three Double Gold Medals, which is the best of the best in the Industry,” said Steven Wesler, New York World Competition Director.

‘1’ Texas Single Malt, Baby Blue, and Brimstone are available year-round in select markets across the United States. The distillery will soon be releasing their 2017 batch of Texas Blue Corn Bourbon exclusively in Texas; supplies are limited. Balcones is distributed by Southern Glazer’s Wine & Spirits in TX, CA, NY, IL, KY, FL, NC, VA, WV, MD, D.C., and LA, in NJ and CT by Martin Scott Wines, in MA by M.S. Walker, and in the U.K. by Maverick Drinks. For further information on sales and distribution, please visit www.balconesdistilling.com.